Max died suddenly in his sleep on 21st March 2012. He was only 3 years old. He was a lovely little boy who touched the lives of all who knew him, and he is missed every day. It’s very hard to live without him and see his little face and hold his hand.

Below is a little about him, and the reasons why he inspires us to do what we do…

One of Max’s many catch phrases was “I’n aww-wite”. On his last day he went to his swimming lesson with his older brother Aaron, and on the way to collect Aaron from school he fell over on some stones. He wanted to be brave, so he got up, dusted himself off and said ‘I’n aww-wite’. It was only when at swimming that the extent of the damage could be seen, a big red mark and a cut to his knee. Little Max just took it in his stride.

Aaron and Max were playing at the park, and enjoying bouncing on the little trampoline. An older girl came over and took over the trampoline, bouncing too high for the boys to go on as well. They both stood there, Aaron head down, hands behind back, waiting for her to go away in her own time. Max had no such intention, and looked up at her and shouted ‘Get off!!’, much to Aaron’s horror. She didn’t get off, but he showed a complete lack of fear when challenged by someone twice his size.

Max was such a feisty, spirited boy. Everything he did was at 100% – laughing, crying, shouting, throwing, anything. He loved to sing, but never quietly or under his breath, he would do his best to belt it out. He held his own comfortably with his older brother in many an argument, but never a fight. There were a lot of tantrums – if Max did or didn’t want want to do something enough, there was only ever one winner. It was very simple in his mind – if we said no to something, he would respond with ‘But I want to!’. This was usually followed by another no, to which he replied ‘but I do!’. In Max’s mind it was a simple logic, he couldn’t understand why he hadn’t just won the argument with that. But we loved and admired his passion, and know that he would have been so good at whatever he had chosen to do in life.

Max was so proud of his new big boys bunk bed which he shared with Aaron, he would show everybody that came to the house, regardless of whether they had seen it already or not. Some evenings after they’d gone to bed, there would be a sudden clatter of little arms and legs hitting the bedroom floor, Max had fallen out of bed. Not one to make a fuss though, he would quite happily lay on the floor, and go back to sleep.

So when Simon and Mark, friends of Max’s daddy, mentioned that they had entered the Tough Mudder and would like to run in memory of Max, it seemed a very fitting tribute to him, and so he decided to join them, as have many others.

Now, there is a team running for Max, friends, workmates, family, and some who didn’t have the pleasure of knowing him. A team event whose members have all come together for Maxy, and we couldn’t be more grateful.

So, we would like to try and raise as much as we can for good causes in his name, because he was an amazing little boy, and although his life was short, he will never be forgotten. 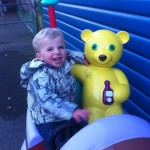 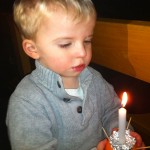 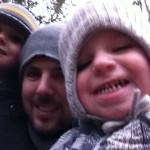 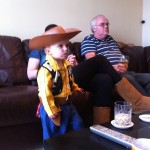 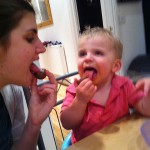 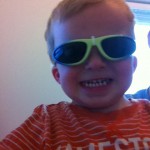 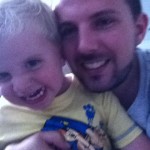 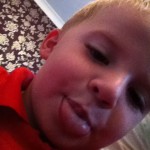 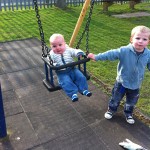